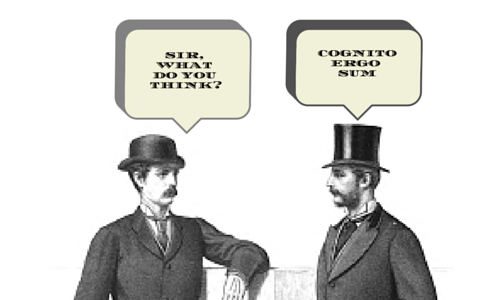 One action creates more danger for corporations than any other: asking leaders to give an opinion that they are unqualified to give. Sign-off should not be a time for input.

How many times have you seen this scenario? A team works on research and analysis. Using the insight developed, the team builds detailed recommendations and plans to implement them. However, to put those quality plans into action, they need sign-off from a senior leader.

This is the moment that a carefully developed plan meets the danger that is a leadership thought bubble.

All leaders want to make a difference. Most want to show that they add value. Sometimes leaders deliver a critical insight. However, too many will express a half-formed opinion to challenge a team’s thinking or to show that they are making a contribution. This moment is best described as a leadership thought bubble. An idea that popped into their head as they considered the detailed recommendations.

The thought bubble is a test too many projects fail:

The best response to an unwanted thought bubble is to explain how the issue is addressed another way. If the issue can’t be discounted immediately then take the feedback away to consider in light of work done. In many cases, the leader will forget their thought bubble anyway. If it is an ongoing issue, then a more detailed fact based answer can be prepared at a distance. Even better, design an A/B test to put the leaders perspective to the test against the team.

If you have the confidence in your work, stand your ground using facts against leadership thought bubbles. Better yet structure your conversation so you aren’t inviting a thought bubble. Sign-off is not a time for input.