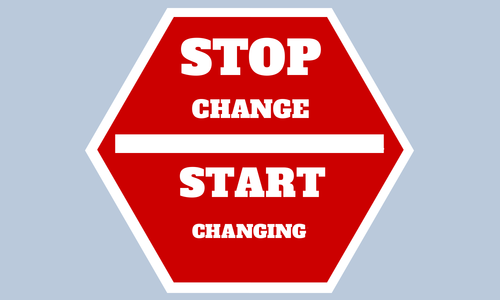 “If we want things to stay as they are, things will have to change.” (spoken by Tancredi) from ‘The Leopard’ by Giuseppe Tomasi di Lampedusa

Times of disruptive change are difficult for those in power and those who benefit most from the current way of things. Many of these people prefer to ignore the rising changes in society. In effect, they abandon their leadership role in shaping change in the system.

Enduring disruptive change demands an engaged form of leadership. The future in disruption is not written. Leaders should seek to engage, lead and shape change to the benefit of their organisations.

The Networked Economy is Here to Stay.

Many leaders of organisations have a lot of power, status and wealth tied up in the way things are now.  They are the masters of the current system, adept in its ways and confident in managing the current model of work and the organisation.  They have both personal and professional reasons for hoping that nothing changes.

Change doesn’t work that way. We are now part of a global ecosystem of actors connected in digital networks.  Access, visibility and transparency have increased driven by the new connectivity.  Change that enters this new system is magnified, spread and developed by the action of agents all around the world.

Lead or Let others Decide The Future

The connected digital networks of global actors means the future of work won’t be ignored, stopped or reversed. Others will go on to develop better ways of working whether you and your organisation participate or not. The less you participate, the more you appear a candidate for disruption by one of these actors.

Organisations face a leadership challenge in this environment.  Effective leadership, continuous learning and a vibrant culture is required to take effect of the advantages of the new approaches.  Senior managers need to play a critical role helping organisations adjust and maximise the benefits from these changes.

However, managers face changes in the future of work that change their power, status and potentially their financial position.  Networks can operate with less layers of management and roles that were once managements prerogative are being delegated to frontline employees or automated in systems. New two-way conversations with engaged and enabled employees, customers and other staked holders can require leaders to deal with new complexity. In this case, it can be tempting for a senior leader to sit on the sidelines hoping the changes are a fad or that they might pass over the organisation.

You Can’t Lead a Community if You are Not Engaged

A simple case study of this mindset comes when you consider the level of management attention to stakeholder activism in social and digital media. Because this activism is now more visible and empowered by digital and social networks, management can see resentment that once was hidden. Bear in mind the resentment is not new.  It just has a bigger audience and influence than before.

Many of these social activist activities have large impacts on organisations because the activist have a community and the organisation has only a network.

The critical difference between a network and a community is how engaged the participants are. That engagement arises as a result of acts of leadership to create common purpose, to shape an agenda of action and to influence others to act. Leaders who ignore the burgeoning networks around the organisation allow others to shape the communities, their purposes and their influence.

Senior leaders of organisations need to engage with the networks around their organisation.  The opportunity to create productive communities far exceeds the risks. Listening and acting on feedback of networks of stakeholders is one of the better mitigants of risk. Failure to engage and to understand the needs of the networks creates an opportunity for others to lead.