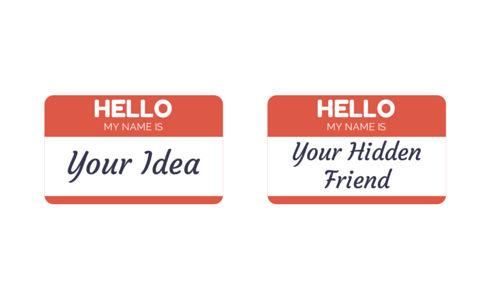 Draw Out The Hidden Friends

An example of discovering hidden friends came after yesterday’s post on the power of sharing lonely ideas.

In one of life’s moments of serendipity, I had just been advised through twitter of the launch of peeracademy.org so I knew the hidden friend for Anne Marie’s idea:

All of sudden an idea isn’t so lonely anymore.

Every Idea has Friends Somewhere

If you have an idea, there is a good chance someone else has had the same idea, a similar idea or an aligned idea. If you let your idea be lonely, you will never know how their thoughts and actions might help your agenda.

We manufacture serendipity when we put ideas out in networks to be found, engaged and used. The networks supply the capability but sharing our idea creates the moment of opportunity. Knowledge in flight has somewhere to go.

Working out loud let’s others connect the dots between our ideas and others. Share an idea and it is rarely lonely any more.

See if you can’t draw out a few friends for your lonely idea.

International Working Out Loud Week is from 17-24 November and is an opportunity to experiment for a week with sharing of your work. Join in the movement of people working out loud.